Here are a few facts about Mexico that you may find interesting...

Mexico is the most populated Spanish speaking country in the world. Approximately 75% are Roman Catholic. Their population is a whopping 114,000,000.

Mexican Beer is the number one beer exported world wide. Not just the famous Corona Extra but many other beers such as Dos Equis, Tecate, Sol and Pacifico.

Some more facts about Mexico

Mexico is the most visited country in the world. It a very desirable tourist destination.

Puerto Vallarta was made famous by Elizabeth Taylor when she came down here with Richard Burton. They fell in love with the quaint fishing village and lived here for 20 years. Casa Kimberley is where they resided and is now used as a Bed and Breakfast/ Museum.

Mexico is where many different foods have been introduced to the world. One we all love is chocolate. They also gave us vanilla, coconuts, peanuts, tomatoes and beans.

Some people find Mexican food spicy. I am getting hungry just writing about this. Real Mexican food is made fresh, never canned and eaten the same day that it is prepared.

Each stripe has a special meaning.

The green stripe is for hope and keeping a peaceful nation.

The white stripe is for the purity of the Catholic faith.

The red stripe is paying a tribute to those who gave their lives for independence of Mexico.

In the middle of the white stripe is the National Mexican Crest. 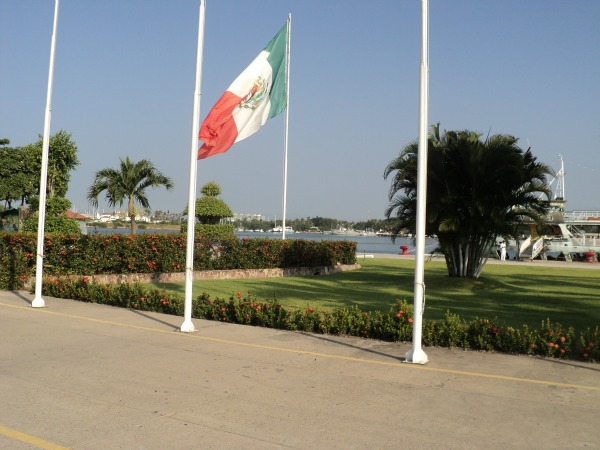 Have you always thought The Salsa, Mumbo, ChaCha and Zumba are Mexican Dances? Well, you would be wrong. Most of these actually originated in Cuba.

Papel Picado is used to decorate during all Mexican Holidays.

Return from Facts About Mexico to Puerto Vallarta Home